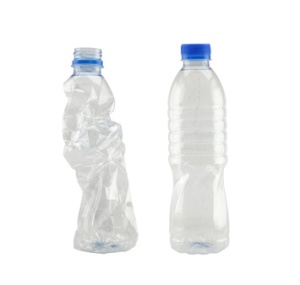 A major cause of the obesity epidemic is the out of control level of phthalates or plasticizers which has flooded the human body.

According to the U.S. government phthalates or plasticizers are the number one pollutants in the human body.

They are so widespread and to most folks unavoidable that they can be found in every species in the wild.

It is hard to imagine, but true, that even the polar bears in the Arctic have been found to suffer with osteoporosis and thyroid problems as a result of the accumulation of plastics (phthalates).

These environmental toxins over time damage the chemistry of these animals leading to the above mentioned diseases and more.

Beware of the simple act of drinking out of Styrofoam® cups because they leach these plastics in the liquid you are consuming!

Phthalates are 10,000 times higher than any other chemical found in the human body and is known as the highest pollutant in the body.

They are so pervasive that children six years of age have levels that used to take adults until the age of 40 to accumulate!

And even more important is the fact that a pregnant mother’s phthalate levels hugely influence not only the development of the child’s brain and glands, but even future fertility and cancers in their unborn children, not to mention, of course, obesity.

It is sad to see how many “moms to be” are continually drinking from plastic water bottles, etc., thinking that it’s something healthful.

There is an avalanche of government documentation supported in the scientific and medical literature which has confirmed how these plasticizers from our water, soda and infant formula bottles, food packaging, cosmetics, nail polish, mattresses, couches, carpets, clothing, medications, IVs, vinyl flooring, construction materials, home wiring, computers, industrial and auto exhausts, etc., stockpile in the body and overwhelm our ability to detoxify them.

These chemicals are routinely measured to identify the damage they are causing and are contributing to diseases other than obesity such as chronic fatigue syndrome, fibromyalgia, ADD, syndrome X, diabetes, arteriosclerosis, allergies, and much more.

The following is an example of a phthalate lab test:

It really doesn’t matter what the “name” of the disease is. What matters is what is causing the disease and what biochemical corrections are necessary to get rid of it and actually bring about cure.

There is now overwhelming evidence that people must do what it take to detoxify phthlates and metals and correct their nutrient deficiencies before they conceive.

This of course will decrease the chances of passing these toxic plastics onto the unborn.

Obviously the researchers forgot that fat stores a huge amount of toxic chemicals, so the fatter you are the more you are likely to have higher levels of phthalates or plasticizers in your body.

The bottom line is many people will never lose weight or cure their medical problems until they have gotten rid of the phthalates and other environmental pollutants that have damaged their chemistry and genetics.

If your ability to lose fat is at a stand-still, I recommend you ask your doctor to order a  phthalate test.

Visit www.FunctionalMedicineUniversity.com for more information on our training in functional medicine. This content may be copied in full, with copyright, contact, creation and information intact, without specific permission, when used only in a not-for-profit format. If any other use is desired, permission in writing from Dr. Grisanti is required.