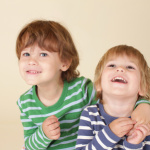 ADD and ADHD is a diagnosis based on a collection of symptoms that would be recognized based on overall behavior. There is not an ADD or ADHD virus or infection that any individual would “catch.”

There is no specific test for either ADD or ADHD and typically your doctor will look at categories of inattentiveness, hyperactivity and/or impulsivity that have been present for at least six months.

With this diagnosis will come recommendations for any number of prescription drugs, from Adderall to Ritalin and everywhere in between. At this time, I believe there are about 50 prescriptions available for this diagnosis.

Every client that I have ever encountered in the past that was diagnosed with either ADD or ADHD, has had underlying physiological and functional imbalances that have compromised their body, leading to certain behavioral challenges, such as inattentiveness, hyperactivity and/or impulsivity.

I am certain you see the similarities here.

Most often those with ADD and/or ADHD are living with GI pathogens that have not been discovered. Due to what is referred to as the gut/brain connection, these pathogens often affect overall brain function on many different levels. This can easily be recognized with a comprehensive stool collection test kit and there are natural therapies that can be used to assist the body in overcoming the pathogens.

Most often I recognize younger children with the diagnosis of ADD are also living with a gluten sensitivity that has not been discovered. If this is the case, the consumption of gluten can inflame the gut and disrupt the digestive system as well as create imbalances in the gut/brain connection.

The digestive disruption can decrease the ability to properly break down protein into the essential amino acids necessary for overall maintenance and repair of the body as well as the need for amino acids to produce the necessary neurotransmitter need for neuron communication.

For older children and adults, I will often recognize not only a gluten sensitivity, also what is referred to as a gluten associated cross reactive food sensitivity. This is basically the result of a dysregulated immune system that is also sensitive to foods that are similar in molecular structure to gluten.

Foods such as dairy, soy, eggs, non-gluten grains and more.

There are blood tests that can help recognize gluten sensitivity as well as the cross reactive sensitivities discussed. I would note that you want to test these comprehensively with both an IgG and IgA blood test.

Very often the diagnosis of ADD and/or ADHD has a tie into toxicity that is affecting brain function. It is well documented that heavy metals such as mercury and aluminum can create neurodegeneration other and many other toxins will also affect brain function overall.

This often accompanies poor blood/brain barrier function, which is the protective barrier to keep toxins out of the brain. Very often, those suffering with deeper gut issues such as GI infections and/or food sensitivities are also dealing with a weakened blood/brain barrier.

This could play a role in toxins to traveling into the brain and creating symptoms.

The testing ordered would be most likely dependent on the age of the client. Typically, I would recommend the gluten testing for younger children and the gluten cross reactive testing for teenagers or adults. This could vary from one client to another.

Contact Depke Wellness at the number below for consultations regarding the underlying factors of ADD and/or ADHD or to order the necessary testing.