Take a look at some recent results as posted by Dr Chi at Chi Enterprise. The results and 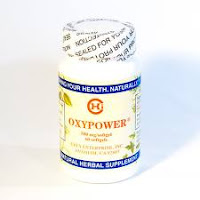 study speaks for themselves.

The cardiovascular case reports above all show that OxyPower is a must for cardiovascular conditions along with Vein Lite. Previous studies have already shown that OxyPower has a protective and reparative effect on vascular endothelial cells (VECs). Now a new in vivo study shows that OxyPower effectively lowers C-Reactive Protein.
C-Reactive Protein (CRP) is a protein produced when inflammation occurs. Many studies have revealed that CRP does not only predict a high risk for many cardiovascular conditions, such as hypertension, heart attack, stroke and atherosclerosis (hardenig of the arteries) but also accelerates the progress of these cardiovascular events. Reducing CRP can therefore prevent high blood pressure, stabilize atherosclerotic plaques and prevent vascular (blood vessel) injuries.
In the new in vivo study, OxyPower effectively lowered CRP and reduced associated conditions. When CRP was introduced into rats, blood pressure increased, the left heart ventricle became thicker and involuntary muscle became inflamed. After 7 days of OxyPower administration, CRP was significantly reduced at 12.9 mg/dL, which is actually lower than the negative control.

For more information on OxyPower or other supplements listed in this article, feel free to contact Depke Wellness at (949)954-6226 or email Glen@DepkeWellness.com.