We really don’t hear much about iodine anymore, so does this mean that iodine deficiency is 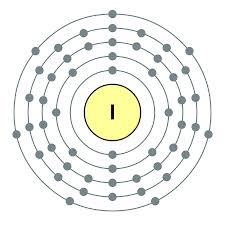 not an issue for you?

With that said, this can still be an issue for you and ultimately should not be ignored.

First off, let’s take a look at iodine. Iodine itself is a poisonous gas but in the iodide form (negatively charged ions), this is micro mineral is actually essential to optimal health. For simplicity in this article, I will refer to the name iodine for ease of recognition.

One of the first subjects to bring up for clarity is iodine and the thyroid. It was believed for years that the biggest challenge for those suffering with hypothyroidism are actually deficient in iodine. Working with clients diagnosed with hypothyroid has shown me that the thyroid challenges are typically not an iodine deficiency but rather an adrenal. liver and gut issue. Another major factor with hypothyroidism is autoimmunity.

Beyond the discussion with your thyroid, iodine is essential to many other areas of your body. Here is a list of factors that depend on iodine:

There are also many functions of your body that depend on iodine, such as:

For infants that are iodine deficient prior to or immediately after birth, this could lead to an increased risk of ALS, MS and/or Parkinson’s disease later in life. Other symptoms expressed by an iodine deficiency would be:

So what’s a person to do if they are suspecting iodine deficiency? Eat iodized salt, right?

Absolutely not! The typical salt that is pushed on us, while containing iodine can actually create nutritional deficiencies. This is due to the fact that table salt as we know it is sodium chloride – an unnatural chemical form of salt that your body recognizes as something completely foreign. Your table salt is actually 97.5% sodium chloride and 2.5% chemicals such as moisture absorbents, and iodine. Dried at over 1,200 degrees Fahrenheit, the excessive heat alters the natural chemical structure of the salt causing the potential for a myriad of health problems in your body. I have to say that it is a joke that I saw an article written by a registered dietitian at the Mayo clinic say, “Sea salt and table salt have the same basic nutritional value.” This is utterly ridiculous since natural salt such as a natural sea salt, Celtic salt or Himalayan salt that are unadulterated actually contain some 80 different minerals as compared to the “chemically cleaned” table salt we use so often.

Here are some nutritional choices that can increase your iodine levels:

My recommendation for an iodine supplement if needed is an ionized liquid form of potassium iodide. This is available through practitioners from a company called Marco Pharma. The

recommended RDA for iodine is 150 mcg per day with the optimal level is closer to 225 mcg per day. Very often you can achieve the optimal levels by consciously consuming foods high in iodine. Personally, I enjoy seaweed salads as well as dried seaweed and use this as a regular snack. Heck, even our boxer Ruben loves them.

Understand that pharmaceutical diuretics actually deplete your body’s storage of iodine. If you are on these drugs, I would recommend discussing the possibility of testing this with your doctor. Another substance that can actually interfere with iodine is isothiocyanates found in the cabbage family vegetables.

The last question to answer is testing for iodine deficiencies. There are a few types of tests with varying levels of accuracy.

The iodine spot test is based on a urine sample from your first trip to the bathroom after waking up in the morning.  You send the sample to a lab and they measure the level of iodine in the urine.  It’s the same price as the next test (approximately $70), but it’s not as accurate. Some docs recommend using the spot test to establish a baseline before taking the iodine-loading test.

This is the test Dr. Brownstein recommends in his book.  Like the spot test, it’s based on iodine levels in the urine, but with the iodine-loading test, an iodine supplement (50mg) is ingested before collecting the sample. All urine is collected over the next 24 hours.  Since the body holds onto iodine when it’s in an iodine-deficient state, the level of iodine excreted through the urine over the next 24-hour period is a reliable indicator of the degree of iodine deficiency.

Since serum iodide is rapidly cleared by the kidneys with a daily clearance rate of 43.5 liters, I would not recommend serum testing as a preferred method.

Thank you for the opportunity to share some info on a forgotten but essential subject.